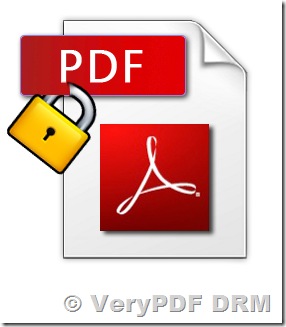 Since the actual encryption keys are unwieldy binary sequences, they are derived from more user-friendly passwords which consist of plain characters. In the course of PDF and Acrobat development the PDF encryption methods have been enhanced to use stronger algorithms, longer encryption keys, and more sophisticated passwords.

PDF encryption internally works with encryption keys of 40, 128, or 256 bit depending on the PDF version. The binary encryption key is derived from a password provided by the user. The password is subject to length and encoding constraints:

In order to avoid ambiguities, Unicode passwords are normalized by a process called SASLprep (specified in RFC 4013 based on Stringprep in RFC 3454). This process eliminates non-text characters and normalizes certain character classes (e.g. non-ASCII space characters are mapped to the ASCII space character U+0020). The password is normalized to Unicode normalization form NFKC, and special bidirectional processing is applied to avoid ambiguities which may otherwise arise if right-to-left and left-to-right characters are mixed in a password.

The strength of PDF encryption is not only determined by the length of the encryption key, but also by the length and quality of the password. It is widely known that names, plain words, etc. should not be used as passwords since these can easily be guessed or systematically tried using a so-called dictionary attack. Surveys have shown that a significant number of passwords are chosen to be the spouse’s or pet’s name, the user’s birthday, the children’s nickname etc., and can therefore easily be guessed.

Keep in mind that only PDFs with a user password (required to open the document) are safe from cracking. The following should be avoided because the resulting encryption is weak and could be cracked:

In summary, AES-256 according to PDF 1.7 Adobe Extension Level 8/PDF 2.0 should be used. Passwords should be longer than 6 characters and should contain non-alphabetic characters.